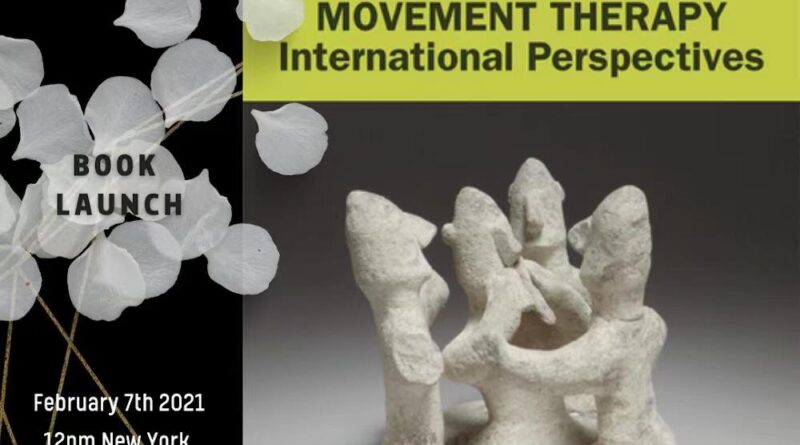 The book launching at IACAET

This article describes the launching of the book Dance and Creativity within Dance Movement Therapy. International Perspectives. The event was sponsored by CAET (Creative Arts in Education and Therapy).

The book launching at IACAET

In reflecting over the recent book launching that we had the good fortune to be able to share, we came away with several thoughts and ideas related to the development of dance movement therapy as well as the powerful use of sharing on zoom.

We will begin with a description of the event.[1]

With the initiative of Marcia Plevin and Dr. Zeynep Catay, both authors of chapter six, and the incredible help of Tony Zhou and his crew, we were able to have discussants present high level talks about dance, research and practice in dance therapy with and about people from many countries. As the book itself aimed at an international perspective, it coalesced perfectly to have so many people from so many locales willing to be with us. Participants from over 50 countries registered, this was possible due to the miracle of technology.

The focus of the book is in its title: Dance and Creativity within Dance Movement Therapy. International Perspectives.  In conceiving it, we were concerned about the art of dance being minimalized as verbalization and psychiatric/psychotherapeutic theories and various modes of intervention became absorbed into the profession. We also wondered how dance itself was being used in cultures other than the Western ones we were familiar with. Therefore dance therapists from many countries were invited to submit abstracts about what interested them in their work that related to dance and creativity within DMT. It became a collaborative effort; almost like a dance between editors and authors. The result is this collection of articles describing many aspects of dance therapy organized in three sections: about dance, research and practice, although they may be overlapped between them.

The presentation itself opened with a welcoming by Tony Zhou. He was then followed by Marcia Plevin leading a movement experience which called the participants to be open to receive as well as to give. Marcia’s warm invitation led the audience to each inhabit their body, to be aware of their surroundings and gradually we were dancing while vocalizing our preferred rhythm. There was also an opportunity to reflect and share the dance of a colleague from some unknown part of the world…It seemed the audience was ready to receive.

During the editing of the book, it became clear to us that this project might be as thought provoking and as an emotional experience for the readers as it was for us. Thus, in what follows, we chose to bring those knowledgeable about the topics in their section to share their perception and understanding of the chapters given them to review.

It was our pleasure and honor to first introduce Dr. Miriam Roskin Berger who discussed the opening chapters relating to dance itself. Dr. Berger stated her affinity with the main topics of the book, since from the beginning of her long career in our profession, she has been interested in the core elements of dance and in the creative process as basic to therapeutic practice.

She spoke about the experience of the dancing person in the therapeutic context and its contribution to healing and wellbeing analyzed in the first chapter, as well as its relation to forms of vitality, the concept developed by Daniel Stern.

For Berger what was of utmost importance in this chapter was the deliberation of Susanne Langer’s ideas of dance as “a virtual realm of power” and of dance as the channel of “forms of feeling”. She connected the concept of “virtual realm of power” to what dance therapy calls the exchange of energy through kinesthetic empathy. There was also agreement with Wengrower’s referencing to Langer’s concept “forms of feeling” that denotes the capacity of dance to contain the range of our felt experiences…. sensations, emotions…. All of our subjective experiences. Dance expresses experiences difficult to analyze because it may be ambiguous or complex, because it might have multiple levels of meaning, because words cannot describe the intensity of the experience as emotional life is complex and fluid … However dance is very suitable to approach this complexity.

Dr. Berger presented the expanded meanings of aesthetics which are connected to wellbeing and health which are introduced in chapter one and she elaborated further:

“The aesthetic experience is grounded in human beings’ need to identify with the structural components of the natural law and movement evident in the universe, to bring themselves into harmony with the natural polarities of nature… This urge of human beings to form, to create patterns mirroring their existence, stems both from the emotional and biological need for harmony, and from the rational need for the imposition of order on existence.”

In chapter two our discussant focused on the healing attributes in dance through history and across geography distilled and analyzed by Rainbow Ho:

In the third chapter, Rona Cohen elaborates on the concept of Authentic in Heidegger and relates it to the practice of Authentic Movement while the next chapter, by Ruth Ronen, challenges the idea of seeing the dancing body.

Following Dr. Berger’s discussion, titles of the chapters on research along with the pictures of the authors were shown. This had been done previous to Berger’s talk on dance.

Research was discussed by Dr. Jennifer Tantia, who described the importance of each chapter and its relevance to dance movement therapy. Her summary speaks cogently to the topic.

Dr. Tantia stated that the chapters were “written by researcher/practitioners for the purpose of defining the ways in which the aesthetic; truth and beauty can be investigated as an integral part of healing. …………..advance the value of the artistic aspects of DMT, through examples of the use of creativity in research”; they enlighten  that creativity in research interfaces with creative processes  …………. in clinical practice eliciting “knowledge that could be used for a data collection method… The purpose of research is to create new (information), and in particular, creative research methods aim at illuminating a universal truth for what it means to be human”. She raised interesting questions as to how to make further use of the research already presented.

After reading aloud the titles and authors of the final section on practice, which has the most chapters, Dr. Marianne Eberhard-Kaechele presented her total overview of what had been written. Marianne considers that the cross cultural quality of this book could lead to an intercultural exchange since it contains abundant material about how different cultures experience dance and dance therapy. She also noted positively the emphasis on dance and creativity that she considers gets lost in the everyday work, when trying to fit within the field of mental health and the politics that come with this. All the chapters in this section depart from former practices in DMT that relied upon psychotherapeutic perspectives and the medicalization of the clients’ needs. Social, spiritual and political aspects were included in the professionals’ practice.

The conclusion of the event was most poignant due to the responses to the question raised by a member of the audience as to what motivated each of the contributors. As several of the authors were present, each spoke as to what was important to them in their own process of writing. Hearing from them added both a profound and personal touch to the experience. Some of them shared their research process, others talked about their particular motivation and others referred to the personal and professional meaning this writing had for them[2].

This launching was an exciting way to exchange ideas that arose from the process of writing/reading/editing this book. The contributions of the authors as well as the discussants comments were encouraging and the presence of so many professionals strengthened and confirmed this tenet. That the discussants found it equally stimulating and it added to their own thinking was gratifying to the both of us.

We shall end with one sentence written in the foreword by Sondra Fraleigh which was emphasized by Miriam Berger: “an aesthetics of care is being addressed in this book”.

[1] Our appreciation to Miriam Roskin Berger, Jennifer Tantia and Marianne Eberhard-Kaechele for participating and for allowing us to use excerpts of their texts in the book launching.

[2] A video recording of the book launching can be watched at: https://www.iacaet.org/event/dance-and-creativity-within-dance-movement-therapy-international-perspectives-book-launching/

There Are No Silos When We Are All Suffering: Interviews and Reflections on Ubuntu and the Arts in South Africa during COVID-19 by Vivien Marcow Speiser and Phillip Speiser